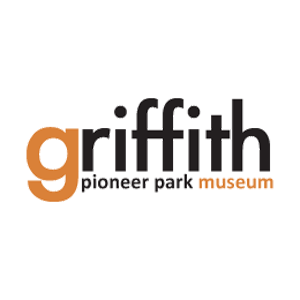 Set amongst picturesque bush land, Griffith Pioneer Park Museum is dedicated to preserving the history of the City of Griffith. You will find original buildings, machinery, vehicles, antiques and even Churches amongst our collections. The recently added Wine Building aims to educate on our proud wine making history and offers a glimpse into the rich history of wine grape growing in Griffith.

The Italian Museum houses an incredible collection of artifacts from the earliest Italian settlers, from machinery to kitchenware and beautiful handmade garments. When you visit Pioneer Park, you are taken back through time and will discover the true history of our rich, vibrant City.

In early 1967 a committee consisting of a number of prominent citizens got together to discuss the idea of creating a museum that could be used to house historically significant items that helped make Griffith a a thriving modern community. The committees first chairperson was Mr Charles Sharam.

The idea that they came up with was to first acquire a large block of land close the the town that could be used to house the collection. The committee decided that the museum was to be built in three stages, stage one was to be the nucleus that could be enlarged at a later date, stage two was to be the development of a botanical gardens and stage three was to be the establishment of a zoological park featuring native animals. Also included in the original plans was a miniature Snowy Mountains Scheme consisting of two small gullies complete with miniature dams and ponds.

The area chosen was a parcel of land comprising 44 1/2 acres (approximately 18 hectares) located on the southern end of the McPhersons Ranges approximately 2 Km from the centre of the town, 22 acres of the original site was formally a TRIG (survey) station owned by the Lands Department with the remaining 22 1/2 acres being made available by the then Lands Commission.

Work first started on the museum in late 1969 with the assistance of grants from the State Governments Captain Cook Bicentenary fund as well as some funds from Wade Shire Council, now Griffith City Council. Many local companies also made donations towards the to the development of the park including Colla Bros of Griffith who designed and built the original gates to the park, the gates are still in use and are an integral part of the park.

Some of the earliest buildings to be relocated to the park included a drop log homestead ‘Fairview Cottage’ which was originally constructed on what was part of Groongal Station in the early 1880’s by Mr Alfred Hill. Rathbone Selection is a conglomerate of buildings including Rathbone Cottage, Stables, the Cellar and Blacksmith Shop.

In 2009 the museum engaged consultants with a wide range of expertise in museum management and the display of items of historical significance to develop a strategic plan that would see the museum continue to grow and develop as well as remain as relevant in the future as it is today.

Part of their recommendations included the removal of some buildings and the relocation of others to create precincts based around specific themes.

Society for the History of Technology