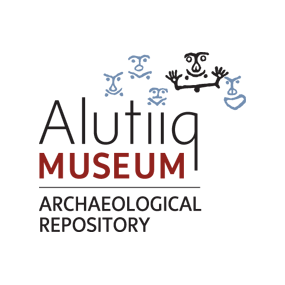 The Alutiiq Museum grew from the Kodiak Area Native Association’s Culture and Heritage Division (KANA). In 1987, the KANA board of directors resolved that the exploration and celebration of Native culture was essential to the well-being of Alutiiq communities. To support and share cultural learning, KANA established island-wide programs to teach Alutiiq arts, study the Alutiiq language, and investigate Alutiiq history, with the vision of one day developing a museum for the Alutiiq people.

Following the tragic 1989 EXXON-Valdez Oil Spill, an opportunity to fund museum construction arose. KANA secured $1.5 million from the oil spill trustee council to build a state of the art repository, a place to care for artifacts from the spill area. Construction for the facility began in the spring of 1994, in collaboration with Natives of Kodiak, Inc. The Alutiiq Museum opened to the public on May 13, 1995 under the governance of the Alutiiq Heritage Foundation. A representative from KANA and each of Kodiak’s ANCSA corporations formed the board of directors. Collections from KANA’s cultural center were moved to the new building and became the foundation for the museum’s exhibits, programs, events, and publications.